Difference between revisions of "Radio Calafou"

A FM and stream radio based in Calafou that broadcast very locally on 108 Mhz and on http://radio.calafou:8000/airtime_128.m3u 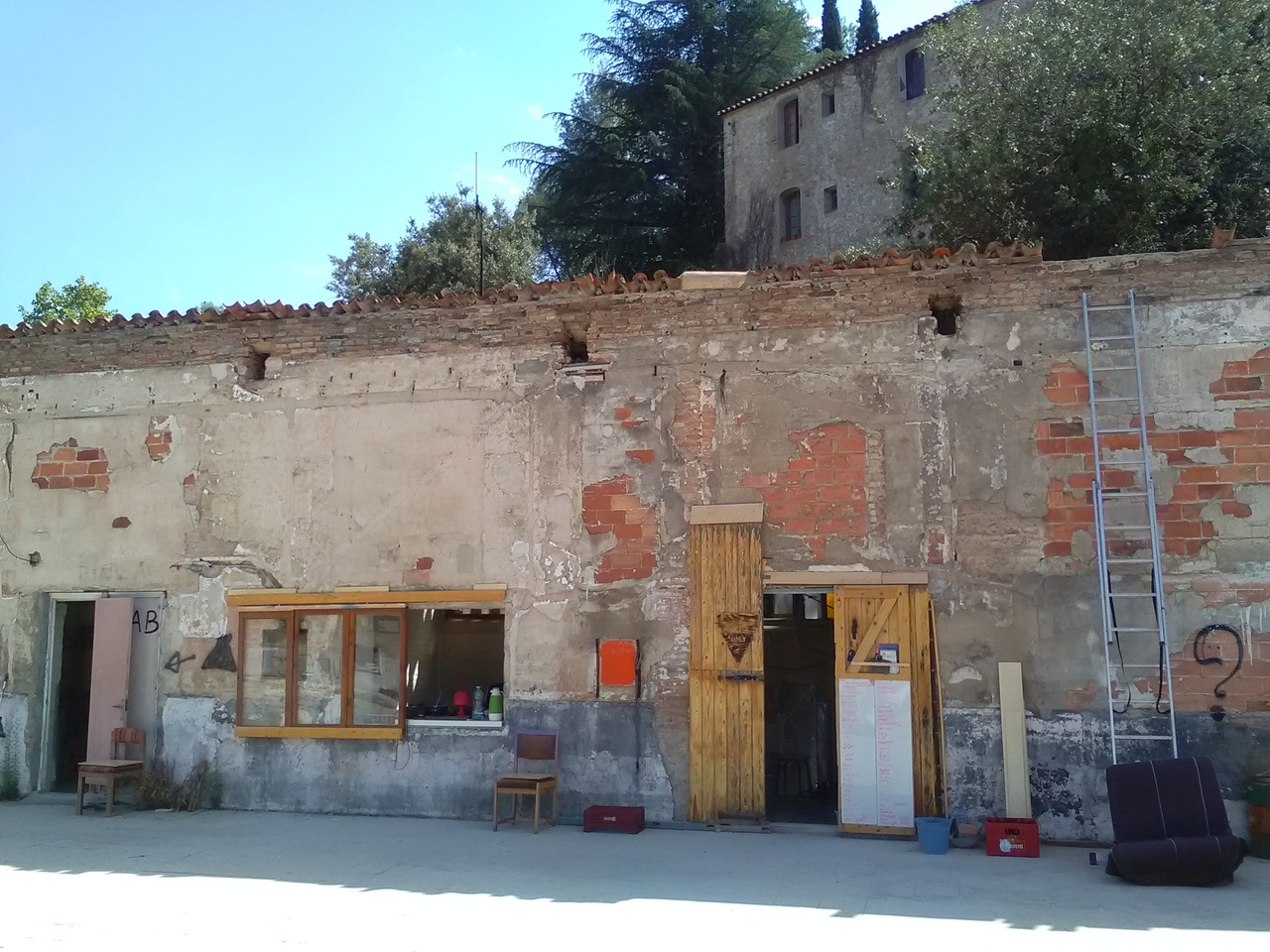 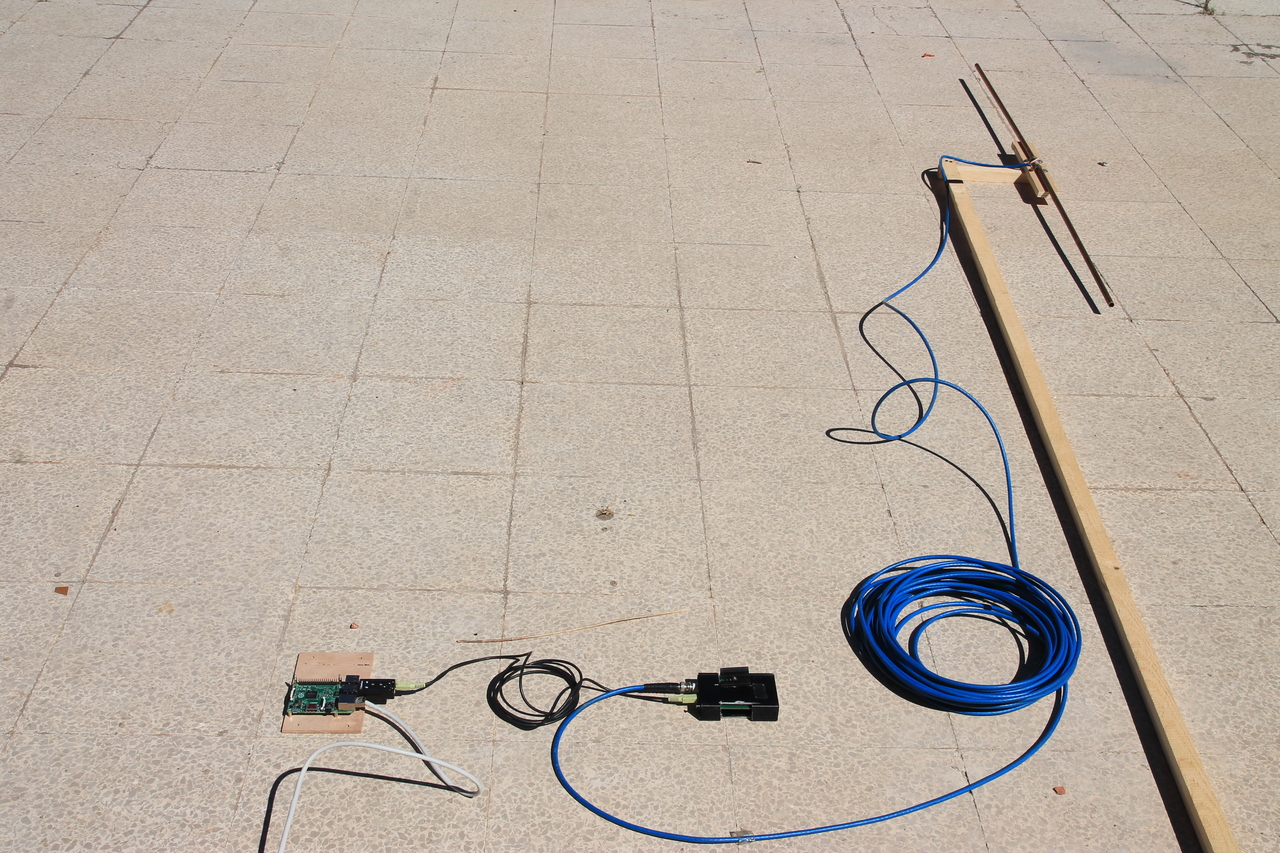 What can we do with it ? 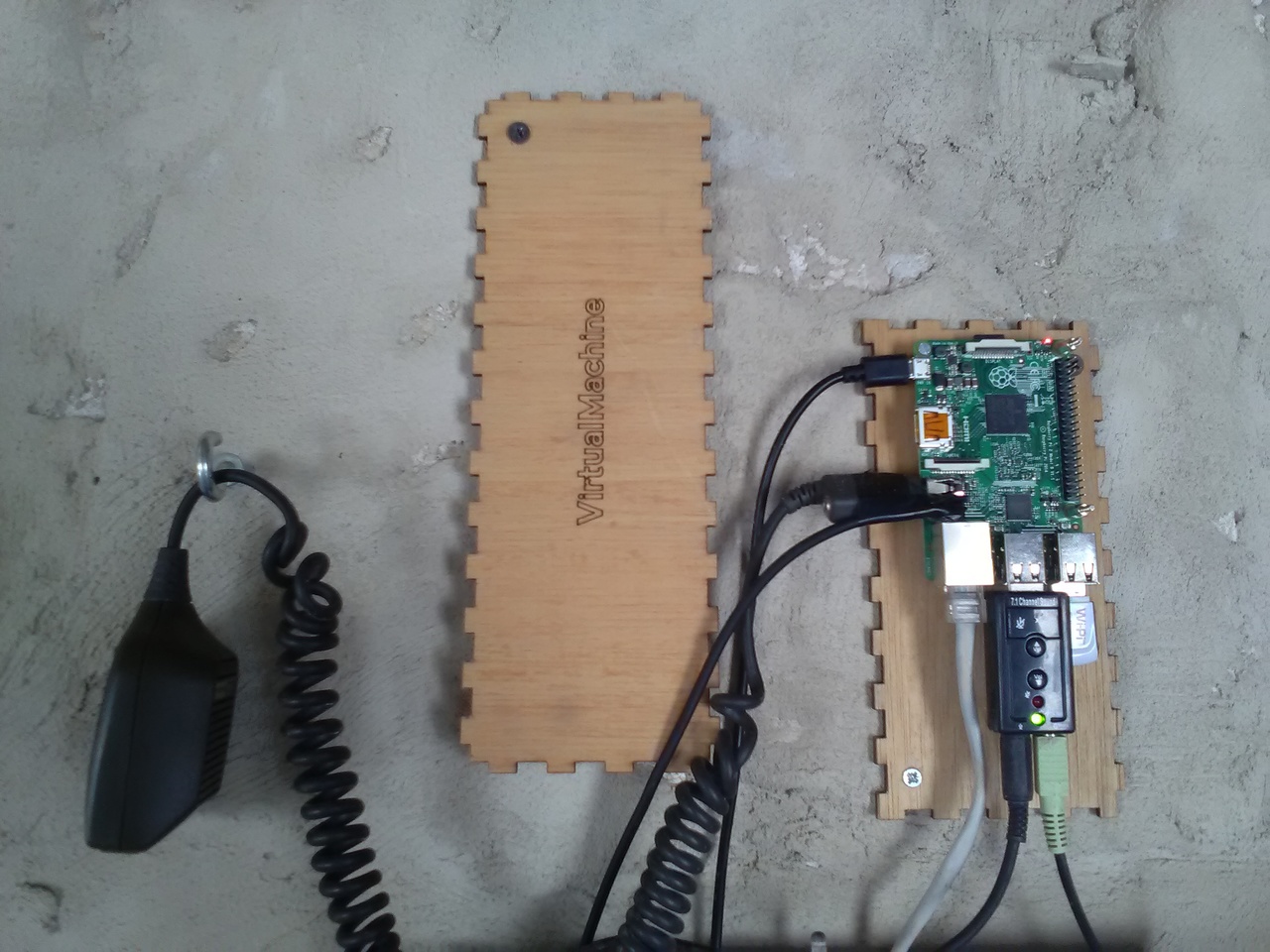 How To use Radio Calafou

The main documentation is here : http://sourcefabric.booktype.pro/airtime-25-for-broadcasters/what-is-airtime/

Note : the audio folder of MEDIATECA has been added as a watched folder, so you can find all the audio files of the MEDIATECA in Airtime library

Airtime : To create a smart block, a playlist or a webstream, you have to open the Media Builder

A smart block is an intelligent playlist built with criteria

For the moment the calendar has been filled with different smart blocks repeated, it is possible to remove a smart block in the Calendar menu :

Airtime : add a show to the calendar with a smart block, a playlist or a webstream as content

It is possible to use Airtime with a smartphone, see http://sourcefabric.booktype.pro/airtime-25-for-broadcasters/smartphone-journalism/

Taking the control live with a smartphone

As mentionned, it is possible to take the control of the radio with a specific mountpoint (the master source mountpoint), it is also possible with an (android) smartphone with the application "Broadcast Myself" that allow one to stream the mic of the smartphone or files 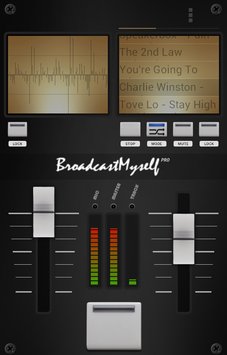 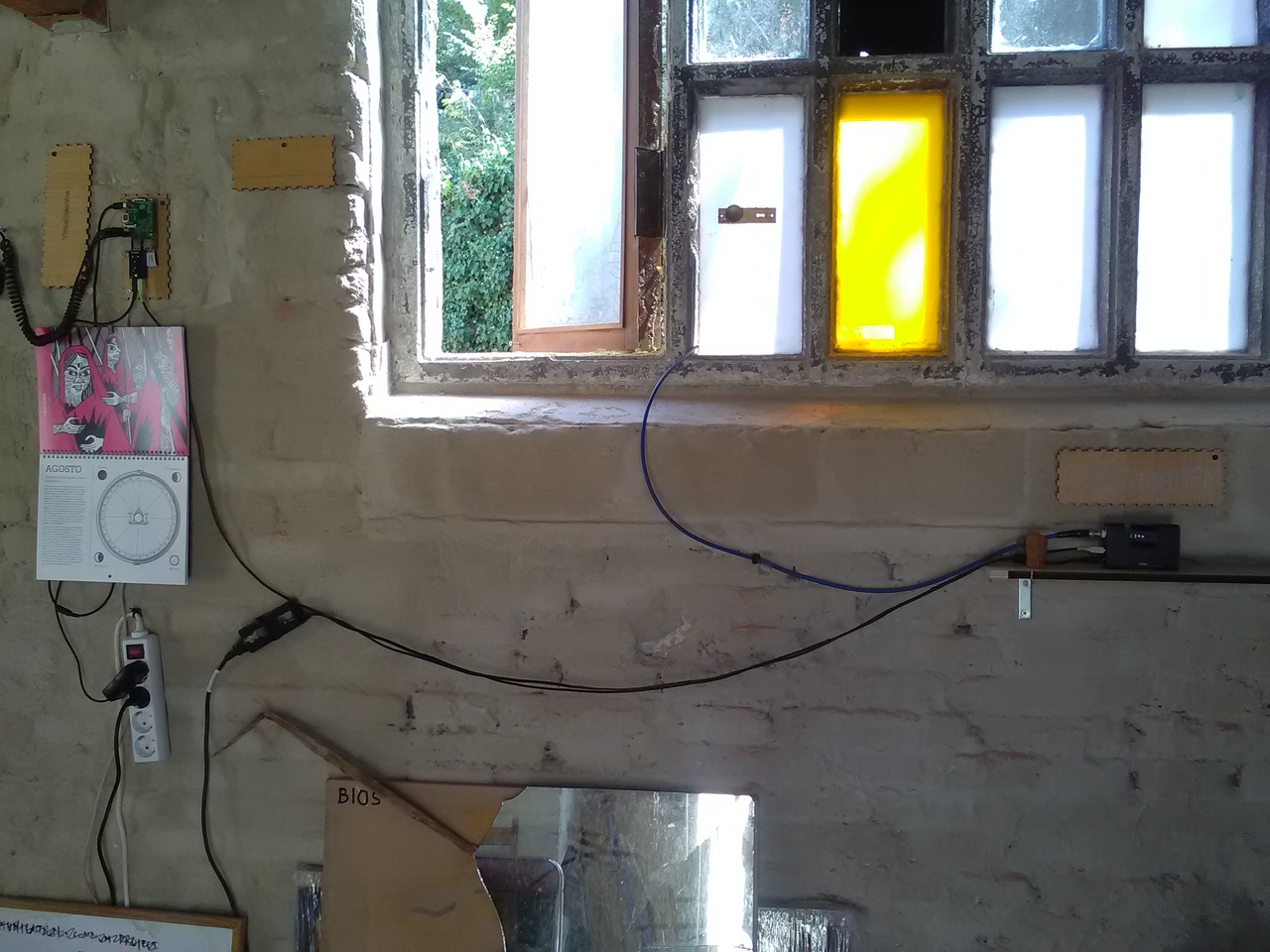 Airtime is a simple, open source platform that lets you broadcast streaming radio on the web. https://www.sourcefabric.org/en/airtime/

It is installed on omnius : http://radio.calafou

To install it, install dependencies :

Clone the repository and launch the installer :

For the moment (see troubleshouting), 2 script are launched by /etc/rc.local : 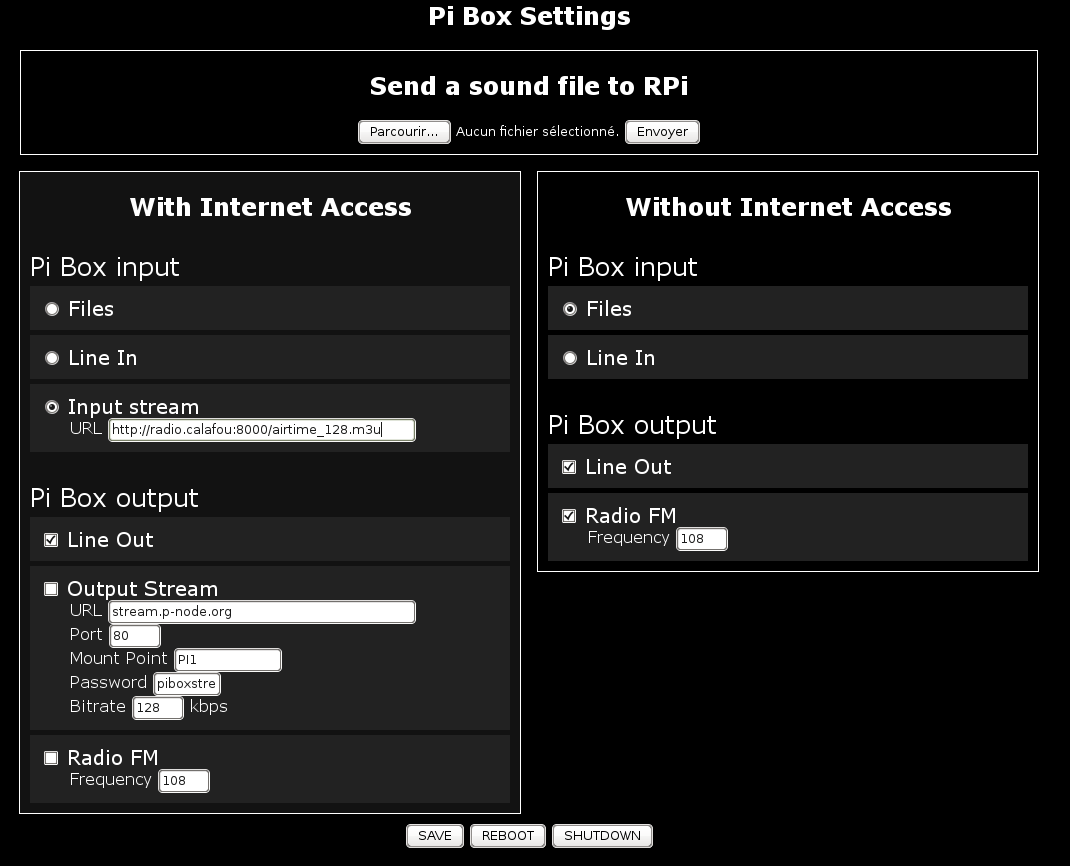 It happens sometimes, to repair it, you can send a master source with a streaming software and then disconnect it, the sound reappear ! ...

The 3 magic command to restart everything (you have to be logged in omnius :

also, see the logs in /var/log/airtime/

Airtime doesn't take into account the modifications made in System > Streams

Airtime doesn't alway wait for the end of the track

For the moment (28.08.2016), this interface of pibox is not used because the python script often switch to a fall back mode, so scripts with a player for Airtime stream and Omnius sonification are launched instead by rc.local

The tube on which I was planning to fix the antenna is about to fall !

So I used instead a solid metal piece fixed to the wall, but the antenna is only fixed in one point with plastic bracelets (colson) and 2 wires fixed to 2 solid metal points

I'm not sure it is really good on a long time perspective ...